skip to main | skip to sidebar

This blog is--at the moment anyway--devoted to making my scholarly work available to those who might be interested in accessing it. It ranges over roughly 20 years of publication, and falls mainly into three categories: philosophy of childhood, community of philosophical inquiry/philosophy for children, and the reconstruction of schooling. I will describe each of them briefly here, and invite those interested in looking further to explore the papers whose links are listed to the left.

Philosophy of childhood may be thought of as a sub-region of the philosophy of persons. It emerges at a moment in the history of the field when the critique of Western metaphysics is paralleled by the critique of white adult male hegemony in the philosophical tradition, and an opening to "voices from the margins," including those of women and of non-Western forms of knowledge, and tends to fall within two realms of discourse. First, it is an inquiry into what adults can know about children and the experience of childhood. This is represented by questions like: What is it to be a child? Just what kind of difference is the difference between children and adults? To what extent is childhood as we know it a historical and cultural construct? What are the hidden or unexamined assumptions underlying the explanatory constructs which adults apply to children? How does the construct "childhood" function in adult self-understanding, and in the history of culture and thought? What are the similarities and differences between the ways children and adults know the world?

The second realm of philosophy of childhood is related to the first through this last question about knowledge. If children, for whatever reasons, do know the world differently--if children's knowledge is not just a weaker, or sketchier, or more rudimentary version of adults'--then what can they tell us? This is where the notion of child as a voice from the margins, hitherto excluded from adult discourse, and therefore from adult self-understanding, comes in.

The concepts "child" and "adult" are a mutually necessary contrastive pair. As there is no notion of "old" without a notion of "young," "child" is unthinkable apart from "adult." If everyone were born and remained as "children," the term would no longer have any meaning; the same is true if we were all born and remained "adults." Thus, any philosophical inquiry into childhood is also necessarily an inquiry into adulthood. The concrete implications of this reflexive aspect of the inquiry into childhood are particularly significant, for it suggests that the adult who understands children and the conditions of childhood better understands him or herself better. Improved self-understanding leads to the possibility of a positive evolution of the adult-child relation in society; and it follows from the polar structure of the relation, that adults who learn to identify and serve the needs of children with more sensitivity and precision, learn to do so for each other as well.

Philosophy of childhood is both enriched and complicated by the discovery that childhood has meant and can mean differently to children and adults in different cultures and historical periods. The widespread documentation of variations in the cultural meanings of childhood began with the rise of cultural anthropology early in the 20th century; the historical dimension has only begun to be investigated in the last 50 years, in the new field of study called history of childhood. To discover that "childhood" is at least to some degree a historically and culturally mediated social construct is to question, first of all, to just what degree? How much can childhood change over time, or differ from culture to culture, and still be what we call childhood? Are there clear and unambiguous universal criteria for calling someone a child? Is childhood a "hard" category, or could we imagine a culture or historical period in which, either children thought, felt and acted more like adults, or, conversely, adults thought, felt and acted more like children? Just what do we mean by the current phrase, "disappearance of childhood"?

The questions raised by our contemporary situation of ever-increasing cultural and historical intervisibility also touch on gender construction. Are children "male" and "female" in the same way that adults are? What are the limits of difference in the gendering of the two sexes, and what is the role of childhood in the gendering process? Then there is the question of just what drives and patterns historical change in the way adults construct and reconstruct childhood. Can we call the change we have noticed so far an "evolution"? Can we make normative judgments about what constitutes positive change? Finally, if "child" and "adult" are indeed a polar conceptual relation, it follows that, if childhood changes and varies, so necessarily does adulthood. If this is the case, what is the calculus of that mutual change? Is there some normative balance between the two which we recognize as inherently good, ethical, healthy, functional, etc.? Is there an inherent teleology of the adult-child relation? Is there a "model" adult? Is there a "model" child? If so, how are the two related?

The questions triggered by historical and cross-cultural inquiry into childhood move us beyond philosophy of childhood in any narrow academic sense of the term "philosophy." They imply a further inquiry into the representation of children and childhood by adults in social and cultural history, in mythology and the history of spirituality, in the history of art and literature, in psychoanalytic theory, and in the history of science and of education. The images that we find of children in these fields are myriad and suggestive--for example the "divine child" archetype of ancient myth and Jungian psychology; the character of Pearl in Hawthorne's Scarlet Letter; the representation of children in the photography of Ralph Meatyard or Sally Mann; Freud's notion of the psychosexual stages of early childhood, or Emerson's notion of infancy as the "perpetual Messiah." All of these images and narratives have an iconographic function: in each characterization, "child" functions symbolically as a carrier of deep assumptions about human nature and its potential variability and changeability, about the construction of human subjectivity, about the ultimate meaning of the human life cycle, and about human forms of knowledge.

Community of Philosophical Inquiry/Philosophy for Children

By “community of philosophical inquiry” (CPI) I mean a way of practicing philosophy in a group which is characterized by conversation; which creates its discussion agenda from questions which are posed by the conversants as a response to some stimulus—whether text or some other media--and which includes discussion of specific philosophers or philosophical traditions, if at all, only in order to develop its own ideas together about the concepts under discussion. As a pedagogical form, CPI is dialogical and multilogical rather than monological, constructivist rather than transmissional, and its curriculum is at least partially co-constructed and emergent. As a form of communal discourse, it aspires to an ideal speech situation in the sense that power is present in the discursive system, not as reified in role hierarchy or arguments from authority, but in the transformative, systemic dynamics of dialogue. It may also be thought of as a form of collaborative, playful, dialogical “worldmaking” in Nelson Goodman’s Ways of Worldmaking (1978) sense of the term; in fact its characteristic discursive patterns bear a striking resemblance to Goodman’s five “processes that go into “worldmaking,” practiced as a conversational art.

As a philosophical form, CPI may be thought of as “philosophy to the people,” in that it operates on the assumption that philosophical concepts and the dialectical process of their development are common to all of us. Philosophy as a practice interrogates and reconstructs the ideas and beliefs which underlie and/or follow from our epistemological, ontological, ethical, aesthetic judgments—and thereby our scientific and metaphysical systems, as well as the meanings and value we ascribe, not just to our lives as wholes but to our practical and morally significant actions. The epistemological conviction of community of philosophical inquiry is that communal dialogue, facilitated by a philosophically experienced and dialogically inclined facilitator, recapitulates and reconstructs the major elements--and even positions or claims--of the tradition, in one form or another, through the distributed thinking characteristic of dialogical discourse.

Such a definition assumes that philosophy as community of inquiry is a form of discourse that can be practiced wherever two or more are gathered together, and by whoever is capable of some form of facilitating the communal conceptual interrogation I have just described. The papers attached here seek to explore the structure and dynamics of this discursive form from both an archeological and a systemic point of view, and to reflect on the particular function of a facilitator of such a group discourse. My analysis applies as much to groups of five year olds as it does to college age students, senior citizens, frequenters of philosophical cafes, or any discussion group, planned or spontaneous, which has stumbled upon philosophical terrain. And I think it is particularly significant that community of inquiry theory and practice in its modern form emerged through the work of Matthew Lipman, who was the first in our time to explicitly seek to develop, not just a curriculum in the form of philosophical children’s novels but a pedagogy in the form of communal dialogue, that made it possible for adults to begin to appreciate children’s philosophical dispositions and capacities.

That Lipman is revered as something of a saint within the philosophy with children movement is partly due, I think, to this historical fact. He has opened for us a discursive form, one that was always implicit in the practice of philosophy—CPI is a recapitulation of Socratic practice with a major and determinative difference that, in CPI, the controlling factor in the direction of the argument, and the source of its self-correcting movement, is no longer one powerful, dominant member of the group, but the systemic, dialectical process of the group itself. In CPI, the deconstructive/reconstructive process that Socrates takes solely upon himself is distributed among all members, and has its source between them—that is, in their interactions. The implications here are huge, not just for theory and practice in education, but in democratic practice in general, and the socially transformative possibilities that democracy represents.
Reconstructing School
Philosophy of childhood and philosophy for children/community of philosophical inquiry meet and marry here, in the adult-child collective called school, which has extraordinary potential for social transformation for our neotenic species. The papers posted in this category reflect my conviction that, at this point in the history of schooling in late capitalist America, in which all that is not reactionary overcontrol and vulgar, mindless instrumentalism is called utopian, utopianism is the only choice. I stand completely with Marcuse when he says, in his lecture "The End of Utopia," that "all the material and intellectual forces which could be put to work for the realization of a free society are at hand. That they are not used for that purpose is to be attributed to the total mobilization of the existing society against its own potential for liberation." In the existing society--and especially, it seems, in the realm of education, the concept of utopia is used to denounce certain socio-historical possibilities. It is to those possibilities that all my theoretical work, however clumsy and slow-footed, is dedicated.
Posted by David Kennedy at 3:03 PM 9 comments: 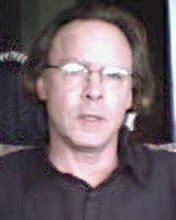 David Kennedy
David Kennedy is Professor of Educational Foundations at Montclair State University, and Fellow of the Institute for the Advancement of Philosophy for Children. He is the author of two books--*The Well of Being: Childhood, Subjectivity, and Education* (SUNY Press, 2006)and *Changing Conceptions of the Child from Renaissance to Post-Modernity: A Philosophy of Childhood* (The Edwin Mellen Press, 2006)-- and numerous articles on philosophy of childhood, philosophy for/with children, and the theory and practice of community of philosophical inquiry. He practices philosophy with children regularly at local elementary schools, which tends to keep him honest.

Philosophy For Children/Community of Philosophical Inquiry